Paulo Dybala still believes that Juventus can win the Scudetto this season and he joked about how it felt to play in the Lionel Messi and Cristiano Ronaldo era.

The 28-year-old Argentinian forward has missed the last two games due to thigh problems, forcing him to watch the wins over Fiorentina and Empoli from the sidelines. The former Palermo man’s future is currently hanging in the balance, with his current contract set to expire at the end of this campaign. It’s still unclear whether or not he’ll put pen to paper on a renewal.

Speaking on the sidelines of the 17th Amici dei Bambini Tournament tonight, Dybala first discussed his physical condition and if he’ll play this weekend.

“I’m fine now, I came back today, if the coach lets me play on Sunday I’m there, I want to play. I want to play in all of the games.”

“It’s not easy because Villarreal are strong, but we’re playing at home and we want to win.”

He revealed that he still believes in Juventus’ title league hopes this campaign.

“We have to play against Inter in Turin and I believe in the title, there are still many games left.”

Dybala joked about how it felt to play during the Messi and Ronaldo era.

He gave his genuine thoughts on Ronaldo.

“When he arrived I was very happy, you learn a lot from champions. From Buffon, from Dani Alves, a fortune that makes you grow a lot.”

The Argentinian forward touched on how he’s only a few goals away from breaking Roberto Baggio’s record with Juventus.

“With a few more games, though! He’s a phenomenon, I hope to meet him soon and even surpass him. When you’re close, you have to try.”

He gave his thoughts on Torino coach Ivan Juric.

“I worked with him in Palermo, those were incredible years, I didn’t understand Italian very well. But I also want to remember president Zamparini.”

“He always told me he would have liked to bring me to one of his teams, but we didn’t manage to meet up. It’s a shame.” 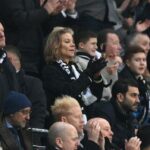 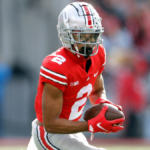