Felix Afena-Gyan had become a favourite player of Jose Mourinho, with the 19-year-old regularly featuring for Roma‘s first team under the Portuguese coach. But, the striker recently went out to a nightclub while injured and has been dropped back down to the B team by the coach.

Mourinho had looked after the teenager and gifted him some shoes worth 800 euros when he scored a brace in a Serie A game against Genoa. The Portuguese even invited the youngster to spend New Year’s Eve with him.

«I like him a lot and he is a great coach, one who is helping me improve every day and one I am grateful to,» Felix Afena-Gyan said of Mourinho in an interview.

Now, though, Felix Afena-Gyan has ended up on the naughty list. He didn’t play against Spezia because of a back injury and he went out to a nightclub with other B team players.

Mourinho is believed to have been very disappointed when he found out and has dropped the player back down to the B team as a punishment. 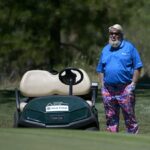